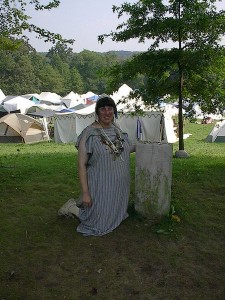 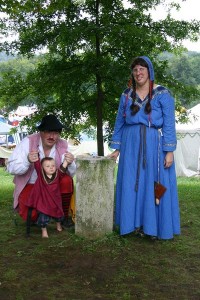 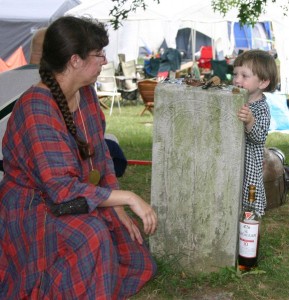 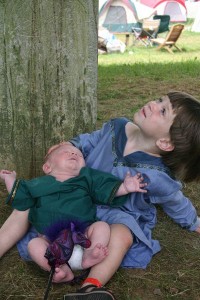 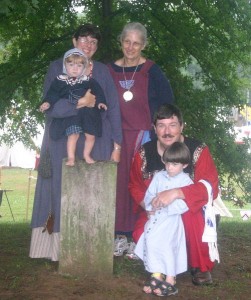 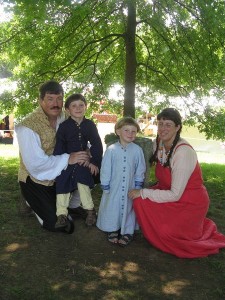 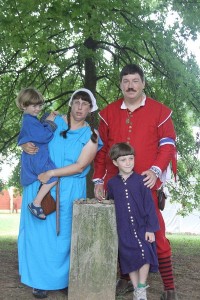 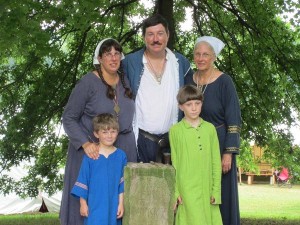 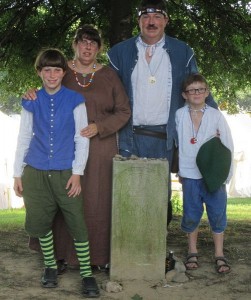 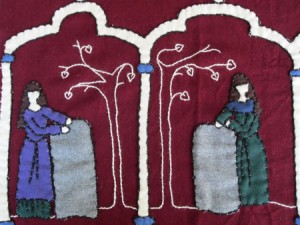 I have lots of fond memories of Pennsic and even more fond memories of Rune Stone Hill. That was the area that I camped on for 13 years. It was great, water never collected in our campsite, it just ran through. It was close to the showers, the camp store, dancing and not too far from the battle field or most of the merchants. But time stands still for no one and I have settled in the Barony of Tir-y-Don, who camps on the sun blasted plains. Our camp is hot, but it has a shower, great meal plan and it is close to everything, especially the University area. Every year we make a pilgrimage back to Rune Stone hill to take a family photo at the Rune Stone. Some years we go early but most years it is a mad dash across Pennsic before the light fades on our last night